This Boston Cream Poke Cake tastes just like the pie but in cake form! Easily made with a boxed cake mix, pudding and chocolate frosting!

This recipe makes a fabulous and moist carrot cake. Five stars all the way! I always get rave reviews whenever I serve this cake! It makes amazing cupcakes too! 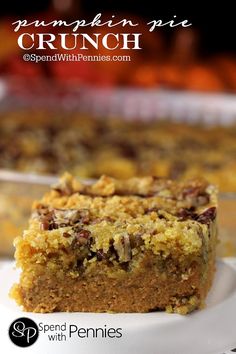 Pumpkin Pie Crunch! This delicious dish is the easiest way to serve pumpkin pie to a crowd! A layer of rich pumpkin pie filling with a crunchy pecan streusel topping! 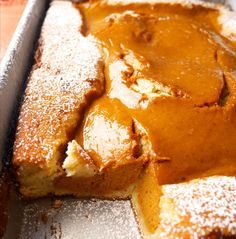 Looking for an easy pumpkin cake recipe? This Pumpkin Pie Cake Recipe from Delish.com is the best.

If you have been following my blog for awhile now, you would have seen my other AMAZING better than sex cakes! This one is perfectly fitting for the upcoming Fall season! Its so ultra delicious!Its full of Fall with every bite! So moist and yummy!.....I topped it with a delicious homemade cream cheese icing! You could use cool whip, but the cream cheese icing fits it perfectly!. .. .Please remember to SHARE on Facebook & PIN IT!Follow me on PINTEREST by Clicking HERE 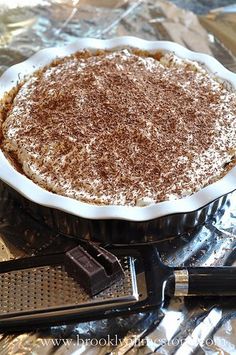 Do not adjust your sets - you haven't tuned into the wrong blog. Its still culinarily challenged me but this pie was so amazingly delish I had to share it. We had a chance encounter with its gooey yumminess in Africa. Luckily the camp manager was nice enough to share the recipe. I've made a few slight adjustments to account for American markets. Meet Banoffe "Danger" Pie. Ban for banana + offee for toffee = Banoffe pie. If you are like me, you've never heard the term 'banoffee', no less… 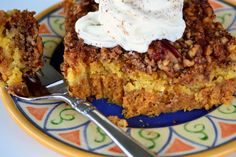 Several reviewers complain about the recipe being too sweet and/or too buttery as originally written. I've included the amounts I use, which I think are 'just right'. Also, since I usually don't have pumpkin pie spice in the house, I use 1 1/2 tsp. cinnamon, 1/2 tsp. nutmeg, 1/4 tsp. cloves and 1/2 tsp. ginger instead. (Tip: Using 2/3 of the cake mix instead of half makes it easy to make 8 cupcakes with the remaining box since the mix calls for 3 eggs.)