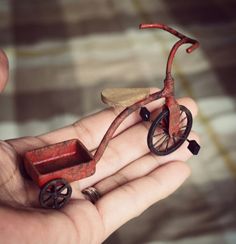 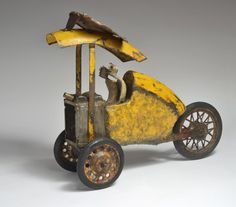 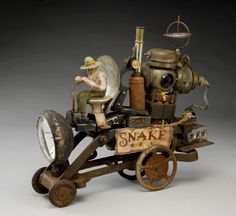 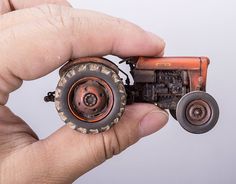 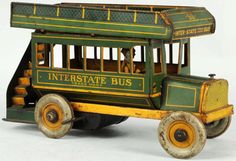 American. Original driver. Top roof needs to be tabbed back in and bus has some overall pitting and wear throughout. Condition (Good). Size 11" L.

8" German lithographed tin mechanical toy by Gebrüder Einfalt, early 20th century. Two sets of three boys are posed as if having a tug of war on two-wheeled carts attached by a spiral metal rod which also balances the carts. When wound, the carts move back and forth as though first one team is winning, and then the other. 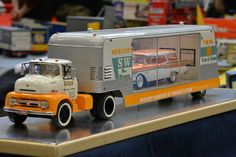 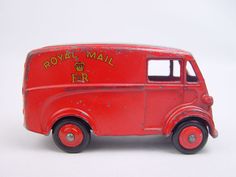 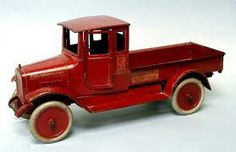 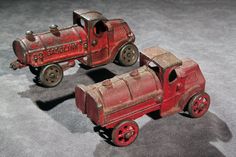 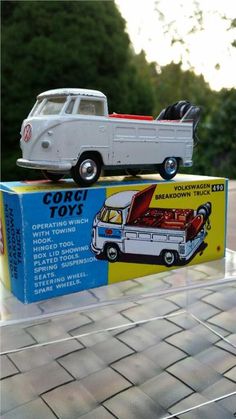 Jalapeno in the eye