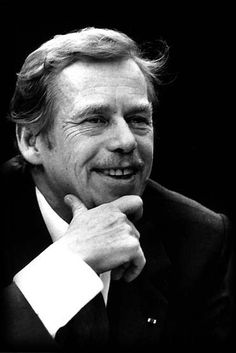 Václav Havel (5 October 1936 – 18 December 2011) was a Czech playwright, essayist, poet, dissident and politician. Havel was the ninth and last president of Czechoslovakia (1989–1992) and the first president of the Czech Republic (1993–2003). He wrote more than 20 plays and numerous non-fiction works, translated internationally. 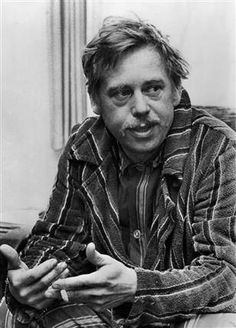 Vaclav Havel, the dissident playwright who wove theater into politics to peacefully bring down communism in Czechoslovakia and become a hero of the epic struggle that ended the Cold War, has died. 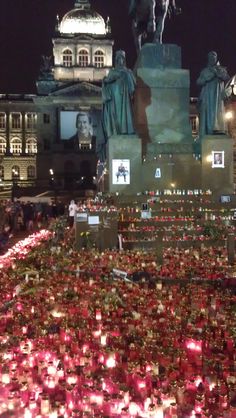 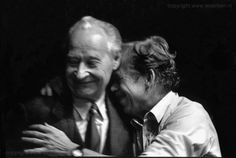 Czechoslovakia, The Velvet Revolution, Wenceslas Square, November 1989: Vaclav Havel turns to hug Alexander Dubcek as they receive the news that the Czechoslovakia Communist Party are resigning from power after more than 40 years. 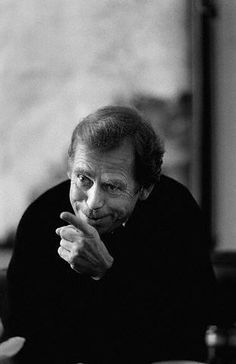 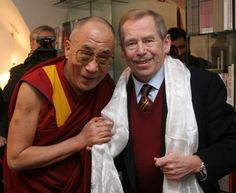 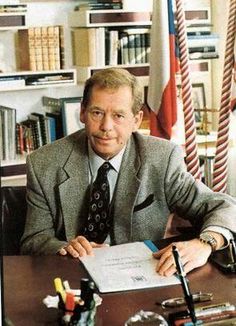 There seems to be certain confusion around what Mr. Zeman meant by saying he would step in in case the other presidential candidates fail. The media interpret it differently - some papers say Zeman would enter the second round of the election, others call it a second vote, yet others a second election. So, how does the presidential election work? 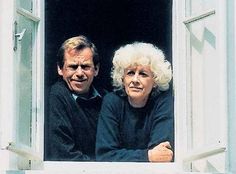 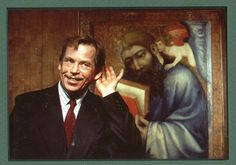 Freedom's hero and a Czech patriot. Prague photographer Pavel Stecha took this picture of Havel as a magazine assignment. Stecha told me that he didn't want to pose Havel in a predictable presidential office setting, so he asked him to go to the National Museum and pick out his favorite piece. Havel chose this icon of an angel whispering in the ear of a saint (or is it Jesus?). Stecha told Havel to make some kind of gesture, and Havel playfully cupped his ear, hoping to eavesdrop on a very… 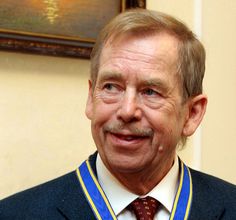 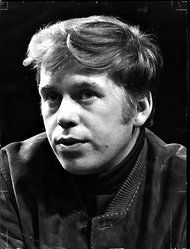 Václav Havel was a Czech playwright, essayist, poet, dissident and politician. Havel was the last president of Czechoslovakia (1989–1992) & the 1st president of the Czech Republic (1993–2003). 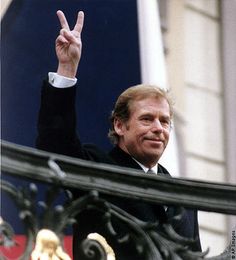 President Obama’s Statement on the Passing of Vaclav Havel 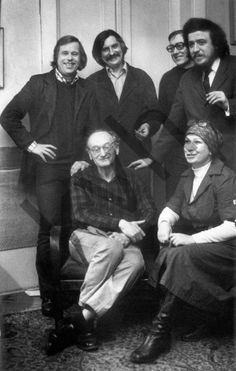 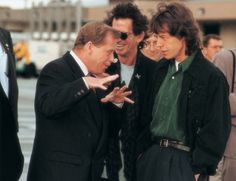 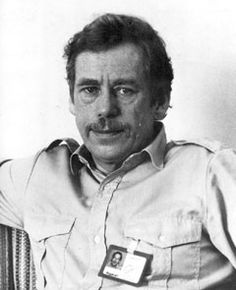 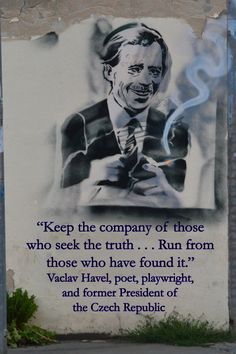 I recognized the caricature on the wall in Prague as that of Vaclav Havel, famed poet and philosopher and President of the Czech Republic. His most famed quote was a natural to inscribe.