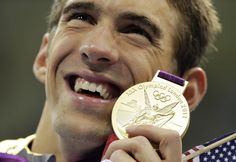 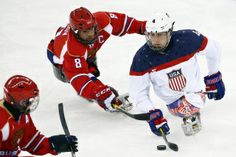 The Games Aren't Over Just Yet: Gearing Up for the Paralympics

One of the world's most inspirational sporting events is about to begin.

In a nod to the #SochiProblem heard ‘round the world, Russia gave a knowing wink to the audience in the form of a very shy snowflake during the Closing Ceremony.It was a reference to a glitch in the extravagant Opening Ceremony, when a display involving five snowflakes, which were meant to expand into five Olympic rings, failed to work correctly and only four opened. That stubborn snowflake prom 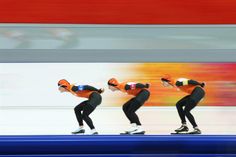 The Dutch look to finish off a record-setting performance in Sochi on Friday with the men's and women's speed skating team pursuit.

Images of Olympians taking flight will take your breath away

Who hasn't wondered what it feels like to fly — to just take off into space, feeling weightless and free? There's something so enchanting about the idea of being totally airborne. And though most of us will never get there, these photographs of Olympic skiers and snowboarders suspended in midair will leave you feeling peaceful, awestruck, and pretty jealous!Gravity's got nothing on Lydia Lassila

Norway celebrated winning the Nordic Combined Men's Team large hill with a recreational activity of their own on Thursday.

The U.S matched up against Canada on Thursday for the Sochi 2014 ice hockey women's gold medal game.

Russia's Adelina Sotnikova pulled through to win gold in the women's free skate figure skating finals on Thursday as the program was full of emotion.

They're trying to finish a competition devoted to peace and harmony while their country is being torn apart.