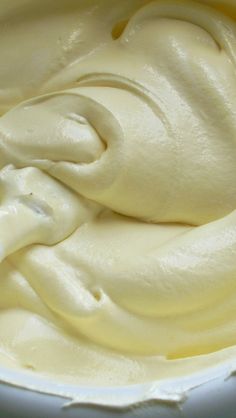 Puddin’head ~ mix one vanilla pudding packet with half of the milk called for on the package. Whisk until it begins to thicken. Then fold in one container of Cool Whip... use it as a frosting spread on cakes and piped onto cupcakes, a substitute for plain Cool Whip in desserts, a hot chocolate topping, or a tasty filling in crepes or on waffles along with some fruit

You will LOVE this amazing Orange Cream Cheese Frosting recipe! It goes perfectly with our Orange Dreamsicle Cake! Recipe by MyCakeSchool.com. 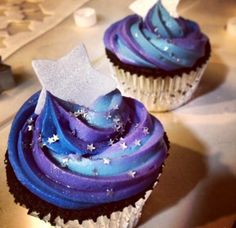 TARDIS Blue Velvet Cupcakes with Galaxy Cream Cheese Frosting Preheat oven to 350 degrees and prepare cupcake pan with paper liners. I used shiny silver foil liners for mine since they seemed to go... 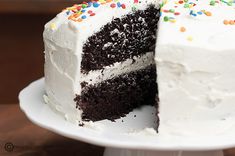 This Whipped Frosting tastes just like the lightly sweetened version you'll find in most grocery store bakeries. This recipe makes 4 cups of frosting - plenty for a two layer cake! 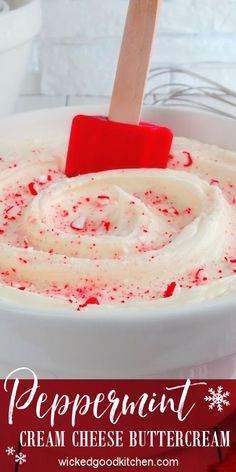 Peppermint Cream Cheese Buttercream ~ Simply the BEST! Refreshing cool peppermint flavor in a light and fluffy cream cheese buttercream that pipes beautifully. It tastes like rich peppermint cheesecake and the texture is like mousse! Add crushed peppermint candies for a festive look and pleasant crunch or tint with food coloring. Perfect for Christmas holiday desserts. Everyone will love this recipe! | #cake #dessert #filling #frosting #recipe 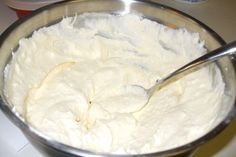 Mix together: 1 pkg vanilla pudding 12 oz cool whip 1 pkg cream cheese 1/2 c. milk Use as a frosting for gluten free brownies or cupcakes, or use as a fruit dip. DELICIOUS!!! One of THE ABSOLUTE BEST desserts I've ever had was Betty Crocker gluten free brownies topped with a dollop of this and some sliced strawberries. HEAVENLY!!! I served it at a get-together with friends and it was a huge hit!

Tired of using Cool Whip in recipes and looking for some alternatives? I have you covered with SEVEN alternatives, everything from whipped cream to Italian meringue including vegan and dairy-free options. Photos used with permission via Creative Commons: https://creativecommons.org/licenses/by/2.0/ Cool Whip Photo by Jeepers Media: https://www.flickr.com/photos/jeepersmedia/ Whipped Cream Photo by Steven DePolo: https://www.flickr.com/photos/stevendepolo/